From KiwiCodes-wiki
Jump to: navigation, search

Am I correct to assume that the Bonus Tools requires a central license server and an installed license server application to run? If so, are there any specific hardware or OS requirements for it?

Yes, ideally a server, but could be a PC.

All users must be able to read and write to an .xml the License Manager creates.

Does the license server function as a site license? In other words, we can install as many copies of the app as we wish on our LAN, but licenses would only be issued up to the number purchased – similar to Autodesk’s license model?

Yes the Network License works the same as Autodesk products, in that a user takes a license each time they start Revit, one license is taken per-a-user for as many Revit sessions and versions open as they like.

What is your development cycle for Revit upgrades – when was Bonus tools for RAC 2015 released, and when might a version for RAC 2016 be anticipated?

Typically we have the new version of Bonus Tools ready before the next version of Revit is rolled out.

As part of an Exchange APP publisher we are given the ability to upgrade our API's prior to the next release of Revit.

How are upgrades dealt with? Are upgrades to newer versions of Revit included, or would we repurchase for each new version?

All upgrades are included in the annual cost and include upgrades for new versions of Revit.

Each year we add to the suite of tools with 27 upgrades during 2014. All updates are free.

Any new tools you request will be included for free too (depending on the size of the tool).

Below are reasons we see the message above message:

I’m trying to roll out the Bonus Tools to all my users, and everything works fine when I’m logged in, but when the user logs in, Revit hangs on launch. I get the splash screen, and a blank application screen, and the spinning donut of death.

This is happening before any configuration, just installing version “Bonus Tools App Store-20-15-01-30”, and launching Revit.

It doesn’t seem to matter whether the software installation is done under my login, or the users login. Revit will hang in either case.

When downloading a file from the internet, there’s a checkbox you have to check in its’ properties to “unblock” it. Everything appeared to go normally without unblocking. 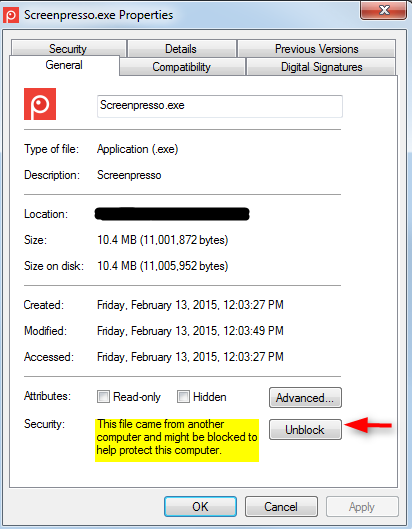 After unblocking the file and running the same install on the same machines that I had problems with, everything worked the way it was supposed to!

Add “quicklicensemanager.com” as an unfiltered destination, which fully bypasses your proxy.

I have a computer upgrade, please release my license

Please ensure if you have a Standalone License and are about to rebuild or get a new PC, that you release your License.

Note: We offer once, the release of a License from our end.

Please see Release a Network or Standalone to release a License.

How does the Network License Work?

Standalone and Network work in a similar to Autodesk products.

With Network, a license is taken when Revit is open and released when the last session of Revit is closed. A user takes maximum of 1 license.

If you have 10 users and 5 licenses, the first 5 users to open Revit will get a license and the other 5 will need to wait until a license is released.

Pricing is set to work with this way. If we change the licensing method to only take a license when a Tool is run, then the pricing method would need to change.

How do I know which PC's are linked to a Standalone License?

What does this mean Unable to cast COM object of type 'System._ComObject' to interface Microsoft.Office.Interop.Excel.Application'.?

It is possibly a registry issue with your PC and Excel. This was the blog that helped me, it may help you: How to solve